Posted on November 27, 2017 by davidbruceblog 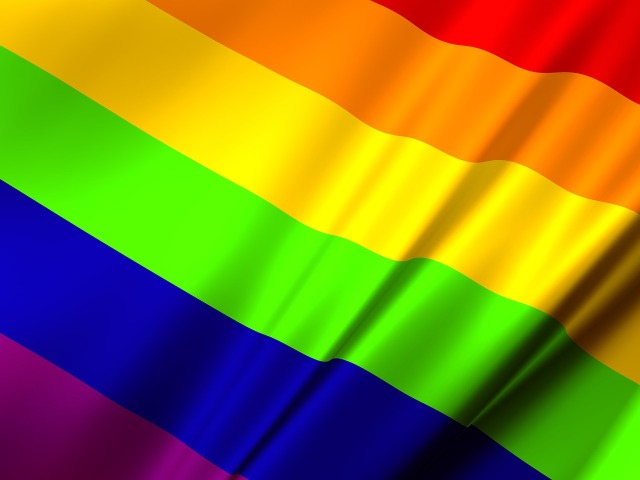 In 2010, several gay or allegedly gay young Americans committed suicide after being bullied, including the high-profile case of 18-year-old Rutgers University student Tyler Clementi. After learning that some fellow students had allegedly broadcast on the Web some video of him having a sexual encounter with a man, he killed himself by jumping from the George Washington Bridge outside New York. In another suicide case, 15-year-old Billy Lucas was bullied at school—other students allegedly called him “fag” and told him to commit suicide—and hung himself in his grandmother’s barn. Dan Savage, the gay columnist who writes the sex column “Savage Love,” wished that he could reach in some way people like Billy and tell them that life as a gay person gets better. Mr. Savage thought that that message might convince some gay youths not to commit suicide. He also thought that he would never get permission from school authorities to give teens the message that gays can and do lead happy lives. Mr. Savage, who is a problem-solver, says, “It occurred to me that I didn’t need permission any more. I could upload a video and speak directly to these kids, and tell them before they commit suicide that it gets better.” He uploaded a video on <YouTube.com>, and many others followed suit, including Secretary of State Hilary Clinton and President Barack Obama. In her video, Ms. Clinton says, “Take heart, and have hope, and please remember that your life is valuable, and that you are not alone. Many people are standing with you and sending you their thoughts, their prayers and their strength. Count me among them.” In his video, President Obama says, “I don’t know what it’s like to be picked on for being gay. But I do know what it’s like to grow up feeling that sometimes you don’t belong. With time you’re going to see that your differences are a source of pride and a source of strength.” Thousands of people have posted videos, including celebrities Chris Colfer (actor), Gloria Estefan (singer), Jesse Tyler Ferguson (actor), Kathy Griffith (comedian), Tim Gunn (fashion consultant), Neil Patrick Harris (actor), Perez Hilton (blogger), Jewel (singer), Ke$ha (singer), Michael Kors (designer), Adam Lambert (American Idol star), Zachary Quinto (actor), Sarah Silverman (comedian), and Eric Stonestreet (actor). The videos can be seen on the “It Gets Better” YouTube channel.

Rugged rugby player Gareth Thomas got a lot of support when he came out as gay, although his being gay resulted in a divorce from his wife, Jemma, whom he loved and still loves. Jemma has stated that she is proud of Mr. Thomas for coming out publicly. Jemma’s family also supports Mr. Thomas, who says, “They’ve been brilliant. I got a message from Jemma’s dad. He said, ‘I’ve heard about your move into rugby league [another change in Mr. Thomas’ life was going from rugby union to rugby league], mate, and I’m just calling to wish you all the best.’ Amazing.” In addition, Mr. Thomas’ parents have supported him. He says, “When I announced it publicly, I asked them if they wanted to read the article first but dad said, no, it was OK. I went to see them the night it came out and I thought they’d be tired. But mum insisted on opening some champagne. She said it was a celebration of the rest of my life and so there I sat, drinking champagne with them, thinking how daft I’d been to worry for so many years about them finding out.”

In 1995, gay comedian Ant got a gig in Arkansas, but when he arrived, he discovered that he was in a town that advertised itself as the “Proud Home of the KKK.” He also discovered that the people who had hired him had confused him with a racist comedian whose name was similar to his. Stand-up comedians tend to be fearless, and Ant started doing his comedy, and when he came out as gay to his audience as he usually did, a wave of hatred came toward him, and he feared for his life. A huge man named Bubba who had no teeth came on stage and grabbed him and picked him up and carried him off the stage and out of the building, with Ant screaming all the while, “RAPE! RAPE! HATE CRIME!” Bubba then threw him into a pick-up, but instead of threatening him, said, “We’ve got to get you out of here, little buddy, or they’re gonna kill you!”

On April 30, 1997, Ellen DeGeneres’ character, Ellen Morgan, came out in the one-hour episode of Ellen titled “The Puppy Episode.” The title of the episode was an in-joke: At a meeting to get ideas for episodes of the sitcom, someone suggested that Ellen’s character get a puppy. The real-life Ellen also came out as a lesbian on the April 14, 1997 cover of Time with the words, “Yep, I’m Gay.” Lots of rumors preceded the coming-out, something that Ms. DeGeneres had fun with, at one time saying, “Yes, the rumors are true. We’ll be revealing that my character is Lebanese because she enjoys both baba ganoush and Casey Kasem.” At the time, comedian Rosie O’Donnell had not publicly come out of the closet, and she teased people by saying that she really liked Casey Kasem, and so “maybe I’m Lebanese, too.”

The United States military forces have sometimes worried about gay and lesbian personnel. (Many gays and lesbians are patriotic and want to perform military service for their country.) For example, during World War II, General Dwight D. Eisenhower worried about lesbians in the war effort. He ordered Sergeant Johnnie Phelps to find out which members of the Women’s Army Corps under his command were lesbians. She replied, “I will be happy to do this investigation …. But, sir, it would be unfair of me not to tell you, my name is going to head the list …. You should also be aware that you’re going to have to replace all the file clerks, the section heads, most of the commanders, and all of the motor pool.” General Eisenhower thought for a moment and then said, “Forget the order.”

Barnes and Noble (Books for Sale, and Free Books)

Here is a list of free eBooks by David Bruce:

This entry was posted in Anecdotes and tagged Homosexuals. Bookmark the permalink.